Many of us know famed Missouri author Mark Twain’s short story, “The Private History of a Campaign That Failed,” which he pokes fun at his two-week-long service in the pro-Confederate Marion Rangers company. Not particularly invested in the greater issues of secession and slavery, Twain joined the unit following the Camp Jackson Affair, saying “our state was invaded by the Union forces.” While many men from Hannibal and Marion County, Missouri identified with the pro-Missouri and pro-Confederate cause, there were still many from that area who felt otherwise and supported the state remaining with the Union. 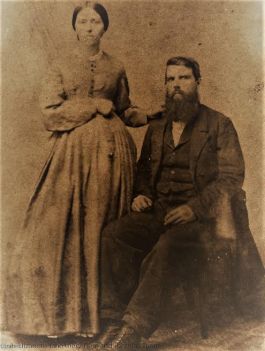 Pvt. John Jay Treat (known as “Jay” to his wife) of Hannibal was one of those men, who volunteered to serve in the Home Guard and the Enrolled Missouri Militia throughout the war. His great-great-great grandson kindly sent me John’s information, letters, and photographs to share with all of you on the blog. END_OF_DOCUMENT_TOKEN_TO_BE_REPLACED