As most every student of the Civil War knows, more soldiers died of disease than in combat. Out of the roughly 700,000~ war dead, 400,000 of them perished from illnesses, which included measles, pneumonia, smallpox, dysentery, typhoid, and influenza. Due to a lack of proper sanitation, immunity, and nutrition, thousands of soldiers perished while in camp, in hospitals, and in prisons. Nonetheless, both Federal and Confederate surgeons tried their very best to save lives, even though they did not full understand yet the causes of disease. Major William Watson of the United States Army worked as a surgeon in the Hospital of the Prison Depot at Rock Island, Illinois, where he recorded many cases of diarrhea and typhoid among Missouri Confederate prisoners-of-war in the winter of late 1864.

Case 627 – Ephraim Winfield, Citizen of Missouri. Winfield was admitted on November 30, 1864, and died from diarrhea that same day.  Maj. Watson and his assistant H.H. Russell described Winfield’s condition: “Body pale and emaciated . . . the liver was normal; the gall-bladder distended with bile . . . The transverse and descending colon were very much thickened, their mucous membrane presenting a gangrenous appearance throughout.” He is buried at Rock Island Confederate Cemetery.

Case 628 – Alfred Piles, Missouri guerilla. Within one week of being admitted to Rock Island’s prisoner hospital, Piles died on December 1, 1864 from “acute dysentery.” Both Watson and his other assistant surgeon J.M. Witherwax performed an autopsy, which determined that the rectum “was softened and ulcerated” and led to his death. He is buried at Rock Island Confederate Cemetery.

Case 632 – James M. Clanahan, Citizen of Missouri. Died on December 6, 1864 from diarrhea, just one week after being admitted into the hospital. His “large intestine was very much thickened and extensively ulcerated from the caecum to the rectum.”

Case 633 – Private William A. King, Company H, Wood’s Missouri guerrillas. At age 37 on November 29, 1864, draftee and deserter Pvt. King was admitted with “acute diarrhea.” Dehydrated and without an appetite, he was prescribed “a drachm of sulphate of magnesia with a grain of opium three times a day, and enemata containing acetate of lead.” He died on December 8, 1864.

Case 634 – John B. Melton, citizen of Missouri. Admitted on December 4, 1864 with diarrhea, Melton died just four days later from “diarrhea.” His “rectum was ulcerated,” “the colon was highly congested,” and “body considerably emaciated” according to J.E. Brooke, the acting assistant surgeon. He is buried at Rock Island Confederate Cemetery.

Case 645 – Private James P. Hampton, of a Missouri regiment. At age 18, Hampton enlisted in the Confederate army in September 1864, but was captured and imprisoned in the late fall, unfortunately already sick with diarrhea. By December 15, he had “a chill, followed by severe cough an pain in left side, for which he was sent to hospital.”  It became worse, “he was dull and listless; his tongue was coated brown; his bowels were loose; pulse 100; respiration hurried; anorexia; thirsted.” Given Dover’s powder, beef-tea, and milk punch to fight symptoms, he died three days later. James Hampton is buried in Rock Island Confederate Cemetery.

Case 650 – Abraham T. McDaniel, Missouri guerilla. Just 23 years old, McDaniel suffered from “chronic diarrhea” when admitted to the hospital. Conscripted into Sterling Price’s Army of Missouri, he deserted and was captured by Federal troops. By the time he was imprisoned, McDaniel was “in an advanced stage; stools involuntary; tongue brown and dry; pulse feeble, frequent and wiry; dyspepsia; anorexia.” His “mucous membrane of the descending colon and rectum was ulcerated and broken down.” He died on Christmas Day.

These prisoners are just a small sampling of Missouri Confederate prisoners who died of disease. On the medical side, we get a glimpse of the large-scale spread of bacterial diseases in prison camps, but on the social side, we also see how many pro-secessionist Missourians were imprisoned in Federal military camps. Below, you can also see the spike in deaths in the winter months, as more prisoners die of disease, as seen above in the case samples. 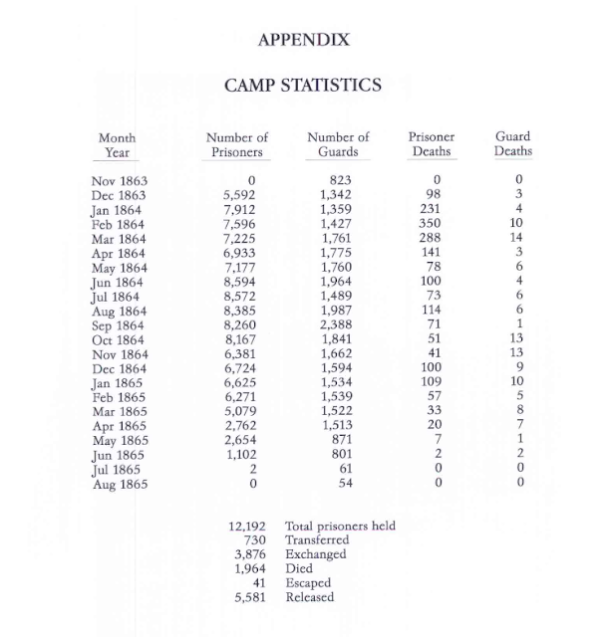